Which standard statistics does COYO have?

At this point there are four options for statistics in COYO:

What information can I get out of the reports?

Each report appears one day later in the administration area of COYO. Reports can be viewed with the appropriate authorization under: Administration > Statistics.

Can I also add my own statistics?

Currently, no further statistics are provided in the standard system. However, you have the possibility to include a tracking code. You can read here in our documentation, how to do it and what there is to consider.

Do you have examples from a very active customer?

To provide you with an example how a report looks like for a well frequented COYO surface: we added an example of a customer with about 100 active users. The customer is using exclusively COYO for his internal communication and avoids mails up to 90%.

For data protection reasons we are only adding to reports with user-neutral data:

Created content: on average 340 elements are added on a daily basis 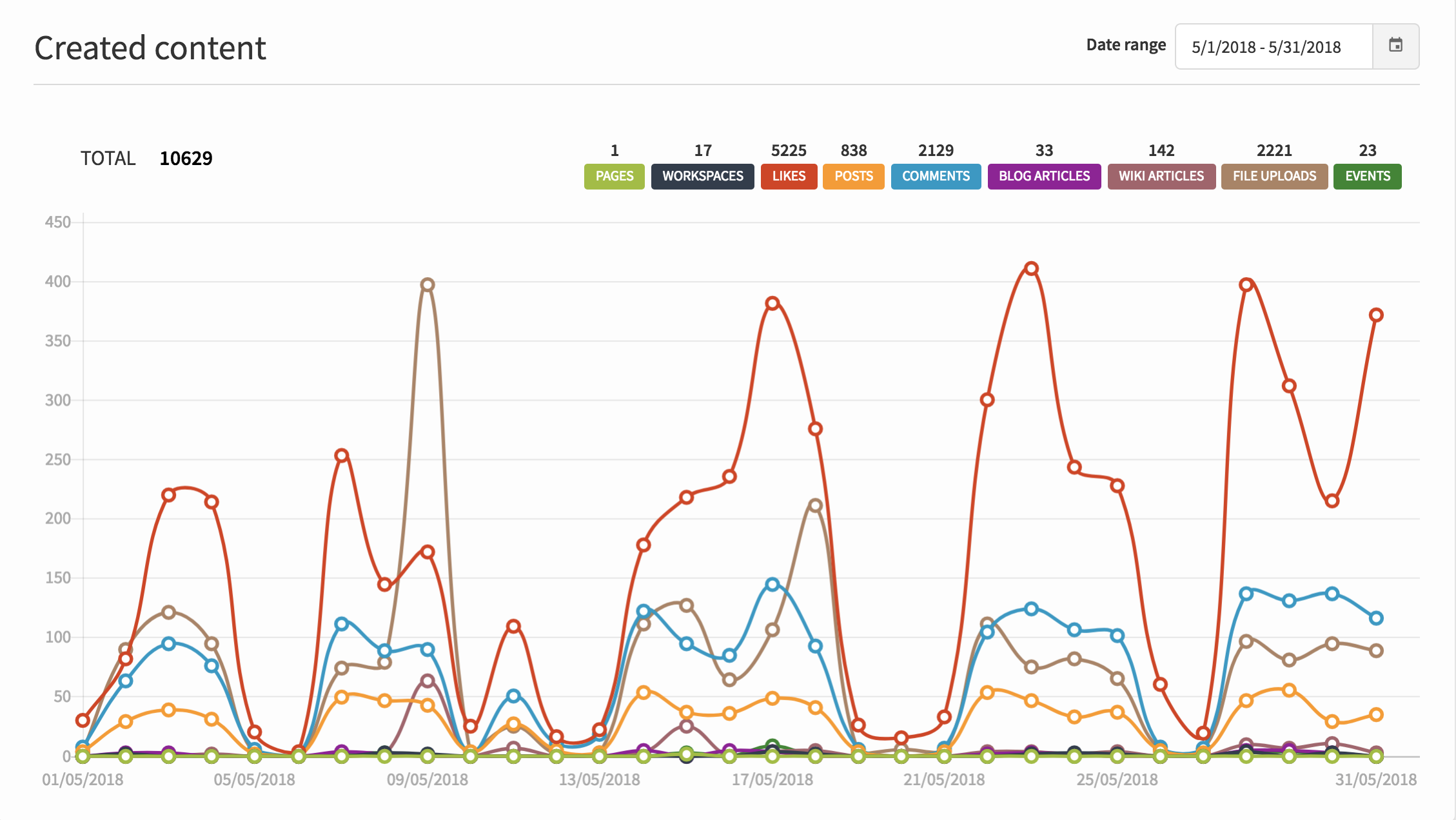