<   Back to previous page
Changes from COYO Version 11.X: Changed front end of the popular Hashtag widget
Previously, the popular widget displayed a cloud in which the hashtags frequently used by your team were displayed in different sizes - with version 11.X the design has been changed, so you now have an overview of the popular hashtags with different line thickness and shading.

The most important, most frequently used hashtags in the period under review are in bold at the top. The less a hashtag is used the further down and the paler the font is. 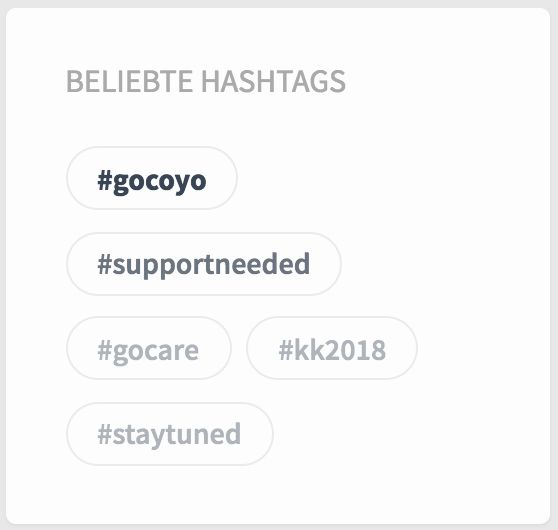 How can I change the hashtags displayed?

For example by changing the respective time period. The shorter the period, the fewer hashtags the widget contains and the paler the display is. In the following example, we assume that you set the time period in your widget to one week.

Hashtags from closed groups are not counted, because we only only what the logged in user can find in his search. By clicking on a hashtag the search opens up directly. If the user is not part of the group, he can not see the post and therefore it is not relevant for him/her.